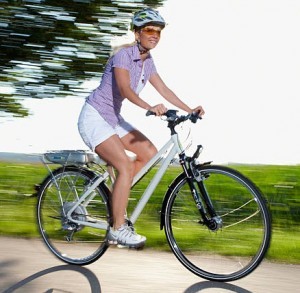 This site is designed to explore and review the best electric bikes for sale for adults and children fourteen and above. These ebike reviews will take a closer look at all the features and components offered with each model. This includes information regarding performance, mile range per charge, weight capacity and frame weight, electric bike prices and overall performance. Consumers also weigh in and discuss their experiences with each model and how they performed on different types of terrains and weather conditions.

The goal of reviewing these electric bicycles is to provide you with unbiased information that allows you to make an informed decision when it comes time to purchase. Each review will begin with how these bikes function and the different modes they have to offer. We also take a look at the prices of ebikes, what you can expect in terms of durability and bike weight and how far each model can take you per charge, which is pretty important if you plan on using your ebike as a daily commuter to and from work.

By reviewing only the best electric bicycles we help you to narrow down your choices faster because we closely dissect and explore only the best ebikes on the market. And because all the models on this site come highly recommended, you’ll be able to make ebike comparisons for your top choices on the same site, without the need to spend hours of time on research. We’ve also included the price of electric bikes right on the review page, allowing you to quickly determine if each model fits your budget.

By giving you both the pros and cons for each model you can weigh in on whether these issues are relevant to you and your needs, while also gaining knowledge in terms of what to anticipate should you run into any of these issues after purchase. We hope that you find these reviews both informative and helpful during your journey to a healthier new you.

Buyer’s Guide for Standard and Foldable Ebikes: What you need to know before Purchasing an Ebike 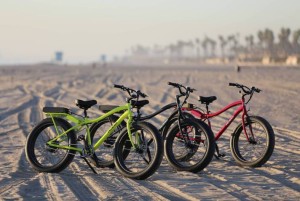 Electric bikes are hybrids that allow the user to choose from a few different modes including manual pedaling, pedaling assistance and full throttle. These two-wheeler bikes are battery powered and use an electric motor that propels the rider at speeds that range from ten to twenty miles per hour. This type of bike is quiet-running and doesn’t pollute the environment. The variety of modes will allow the cyclist to get in a quick workout before work, or they can take advantage of the full throttle mode if they’re low on energy or in a rush.

The pedal assisting or full throttle feature is a must-have for individuals with arthritis, past leg injuries or low endurance. If your route to work includes some of the largest hills you’ve ever seen, switch to assisted pedaling or full throttle mode to easily climb these small mountains and get you to your destination faster. If you’ve purchased an electric bicycle in order to get fit, in the beginning you will not have the type of stamina needed for longer rides. Utilizing the pedal assist feature still allows you to burn off an impressive amount of calories, while giving you the boost you need to keep you motivated and keep you going. Individuals who are just beginning a workout riding program can also easily injure themselves if they ride too hard, or they can become fatigued faster and not have the energy necessary to make it all the way back home. Now, by using an ebike you won’t have to call your wife or husband to pick you up halfway through your ride. Instead, just switch to full throttle and let the bike do all the sweating.

On average, these bikes will generate about a hundred to seven-hundred watts, which is pretty impressive. This type of power will also come in handy if you have a lot of items to carry on your EB to and from work. Since they’re classified as bikes, registration and a license is not required.

Now, instead of waiting in traffic several hours a day during your work commute you can easily zip around town and make it home quicker than ever before. You’ll also save hundreds of dollars a year that’s otherwise spent on basic car maintenance and repairs, not to mention gas.

Ion lithium batteries are the most common type used. These batteries can be recharged in two to three hours, so your bike will always be ready and waiting. Most ebikes for sale feature an easy tilt seat that allows you to quickly remove or swap out batteries, while other models allow you to simply plug in the battery charger while the battery is still installed inside the bike.

So how much power do you really need? It can be complicated to determine how many watts you need and higher wattage doesn’t necessarily mean more powerful and faster bike. Wattage and torque are not the same thing. Torque is defined as the measured amount of force that transforms into acceleration. The wattage of a motor will work by measuring the energy that develops once velocity is consistently held. A bike that features a lower wattage motor is still capable of offering more torque than a higher wattage motor. The point is, don’t base your purchase solely on wattage, and instead look at the other features each electric bike for sale has to offer. Factors such as the rider’s weight, terrain type, route and weather can all determine how fast you ride and this can change day to day depending on where you’re going.

Don’t be fooled by ebike prices either. Just because it’s a more expensive model doesn’t mean it offers the most comfortable or fastest ride. Typically, you can find a great ebike anywhere from $200 to $1500. Pay attention to what consumers have to say in these ebike reviews and learn which model has all the features and the type of range and power you’re looking for. Ultimately, you’re looking for a dependable model that charges fast and rides smooth. 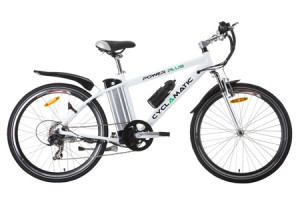 The Cyclamatic Power Plus electric mountain bike features a powerful motor that allows the user to travel around town easily, using a few different bike modes including assisted pedaling, throttle and manual. This model runs on ion lithium batteries that provide thirty miles per charge. Power Plus uses the upgraded twenty-four volts and ten amp battery which provides much more power than the existing eight-A batteries of the past. Because the battery is in a fully seated position, you can ride it in any type of weather, without the fear of damage. For additional safety, this ebike is also equipped with a bell, mud guards on both the front and rear wheel and reflectors. The anti-cling Servo brakes are designed to stop short, even on slick surfaces. The bike’s tires are Samson Champion, while the gear system is Tourney SIS index. A lightweight electric bike, this model weighs in at just sixty pounds, due to the aerodynamic design of the aluminum frame. This is an electric bike that’s made for speed. The frame itself measures in at seventeen inches. Perfect for riders with a minimum height of five feet and a maximum height of six feet, two inches, the saddle is adjustable with a max raise of forty-three inches. The gear system on the Power Plus features 7 speed Shimano quick change gears.

The Power Plus is almost ready to go, right out of the box. The model is shipped in just four pieces, which makes it perfect for consumers who have no prior bike assembly experience. A user’s manual has been included and features detailed step by step instructions that will guide you through the assembly process. This model received a perfect five out of five star consumer rating, making it our best ebike for sale and an affordable option for anyone on a tight budget. 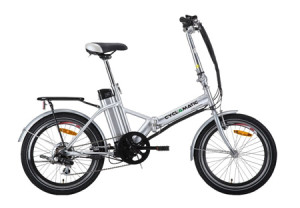 Because Cyclamatic is one of the leading manufacturers of electric bikes in the industry, we decided to review another one of their models, but this time we chose a foldaway ebike. The foldaway provides the cyclist with a bike that’s designed for convenience and speed. Because it’s so easy to fold and store, this model is a great choice for apartment dwellers or home owners that are short on space. It’s also a great option if you’re looking for a commuter E bike that you can use to and from work. Typically, finding an adequate and safe place to park or store your electric bike at work can be almost impossible, but with a foldaway, you can collapse the bike and store it within seconds. This Cyclamatic model also features a lithium battery that offers a longer charge, and three riding modes: assisted, manual and throttle. Like the Power Plus Cyclamatic model, the foldaway ebike allows you to easily switch between modes during your ride in the event you need some extra power behind your pedaling. After a long day, the option of using the full throttle mode has never sounded so good. This model folds mid-point on the handlebar stem and crossbar and utilizes a quick release lock system for speedy folding and unfolding. Some consumers noted that they were able to fold and unfold the bike using only one hand, that’s how easy it is.

The bike’s motor is 250 watts and allows for a maximum speed of thirteen miles per hour, which makes it a safe choice for younger users. The frame itself is much lighter than the Power Plus and weighs in at just fifty-one pounds, making it ideal for users who need to haul it in and out of the workplace or apartment. Mileage is approximately twenty miles per charge, depending on your route and terrain type. 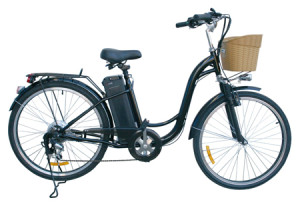 The last model we reviewed was a model by the company Watseka called the XP Cargo. Watseka takes a different approach with their ebike design when compared to Cyclamatic. Unlike Cyclamatic, a company that uses only aluminum frames, the XP cargo is made from steel with a frame that’s labeled as one size fits all. The all-steel frame helps to increase the durability of this model, but it also increases the frame’s weight which can have an impact on the XP’s top speed. Like other top selling ebikes, the XP features three riding modes: assisted, throttle and manual. Equipped with an ignition and two ignition keys, a person will be unable to start the motor without turning the key. This helps to safeguard against theft or unauthorized use by children or teens in the home or neighborhood. The motor is 250 watts and runs on a 36V 9 AH battery pack, unlike Cyclamatic models which only run on lithium ion. To charge you can remove the battery quickly thanks to the seat’s tilt feature, or charge it with the battery still installed beneath the seat for added convenience. Despite a heavier frame, the XP Cargo can get up to fourteen miles an hour. Assembly for the XP is pretty straightforward and the included instructions and user’s manual provide a detailed step by step guide for this process. Should you run into any issues you can check out the manufacturer’s website where you’ll find a number of instructional videos and general troubleshooting information. Weighing in at seventy-one pounds, the bike has a rider weight limit of three-hundred pounds, which is pretty impressive. Receiving mainly positive consumer feedback, this versatile ebike can meet the needs of any family member and is a great choice as a daily commuter or a bike to use around town.

Best Electric Bikes for Sale in 2015: Reviews and Comparisons 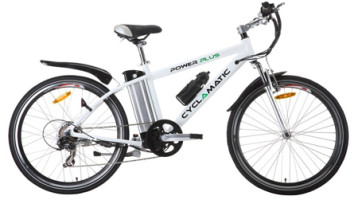 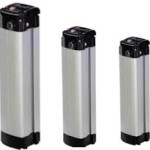 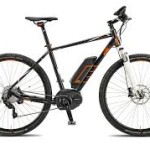 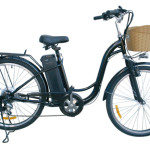 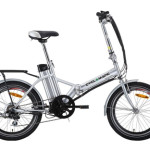 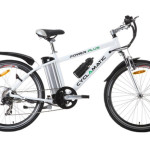